Globalization: Problem, Solution or Both 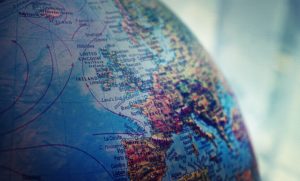 The first in a two-part series covering the current dynamics of globalization and some alternative strategies for companies to consider in their quest to become global conglomerates.   The rise of globalization and advanced technology has led to an ever increasingly interconnected world. Today more than ever, we are seeing a direct correlation between globalization and technology and becoming more knowledgeable, and I’d argue more tolerant, of other cultures. Through globalization, we regularly come in contact with people from other parts of the world, and have begun sharing best practices. Through technology, we watch videos and read stories about how our lives are not dissimilar from our fellow global citizens. This global sharing has had several positive impacts, especially on businesses not only here in North America, but across the world including several developing countries.

The theory of globalization is that it allows for countries to develop economically and distribute wealth, thereby allowing democracy and business to cohabitate and prosper. Although it can be supported that globalization has several pros, such as the way in which it accelerates growth and leads to more profitable companies, it must be recognized for its very apparent flaws as well. My perspective is this: companies should place less emphasis on utilizing globalization as a means of becoming a global powerhouse, and focus their corporate strategy on a tri-modal, holistic approach to success, targeting going green (sustainability), nearshoring, and people development.

Cons to Globalization Once upon a time, there were booming emerging markets i.e BRIC countries (Brazil, Russia, India and China); however, not many were able to bridge the gap, transitioning into sustainable economic performers, and many have entered into economic recessions, according to CSCMP’s article Monetary Matters. Not only are these developing countries struggling, but well-established countries such as the US are seeing an influx of outsourced jobs to low cost countries, causing higher unemployment rates in the manufacturing sector. Mike Collins from Forbes supports this, arguing that in the US, we have run a trade deficit for more than 30 years resulting in an $11 trillion deficit, which acts as the single biggest job killer in our economy, particularly manufacturing jobs. This striking statistic is diametrically opposed to the proposed theory of globalization, as wealth is not being distributed and to take it a step further, our nation’s debt climbs at a relentless rate. This incendiary topic continues to be at the forefront of political and economic debate.

Going Green in more ways than one When companies develop strategies holistically and roll them out across the entire enterprise, they often focus on cost savings and adding value to the bottom-line. Their supply chain is engaged to optimize operational costs while concurrently supporting the organizations quest for growth. Although globalization has oftentimes been at the forefront of these strategies, we should be cognizant of its collateral damage and utilize technology to find ways of controlling, or at the very least moderating, the effects of our carbon footprint. According to a report from Accenture and the World Economic Forum, supply chains should also be used to provide socioeconomic and environmental benefits. So, what solution aside from globalization will reduce company costs while having a lesser impact on the environment?

Going Green. Going green is not some esoteric concept; more and more supply chains continue to venture into data analytics, placing a greater emphasis on the concept of going green, and utilizing technology to do so. Some changes can be implemented quickly and easily. For instance, companies can lower their budget and reduce the materials used during manufacturing. In addition to trimmed operating costs, government programs are now offering incentives to organizations spearheading this environmentally friendly business strategy. Companies reducing emissions to comply with state standards may be eligible for tax credits and in some cases, tax exemptions.

In our social media dominated world, having an eco-friendly brand does not go unnoticed in consumer’s eyes. Although this may not be the primary motivator for going green, these initiatives can increase an organizations popularity and strengthen their brand, acting as a differentiator. Kristie Lorette commented in her article Why Businesses Should go Green, Companies such as Wal-Mart and Target have incorporated green changes such as composting and recycling, changing transportation routes to save gas, reducing packaging, and stocking their shelves with greener products. As a result, these companies have seen customers respond positively to the changes, with green product sales alone jumping somewhere around 20 percent as of 2010.

Instead of focusing on globalization, companies should apply green processes not only to save money and grow in popularity, but also to influence social change and help the environment.

Second part in series will be released next week.