Three Evolving Technologies Ready to Make Their Mark in Procurement 2020 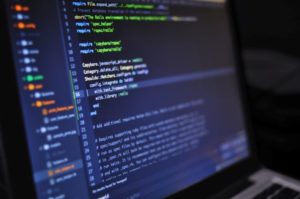 One of the challenges with articles that examine the future of procurement technology (like this one) is that the list of upcoming tech doesn’t seem to change all that much. While there may be a surprise addition every now and then, there are a number of recurring stalwarts year after year, such as 3D printing, blockchain, the cloud, cognitive procurement, and so on.

This isn’t necessarily a bad thing. For starters, it often takes years – if not longer – between the first time a technology appears on the far horizon to the day when it is undeniably mainstream. Take 3D printing, for example. The first 3D printer was built in 1983, but the concept didn’t attract much interest until someone (unwisely) 3D-printed a gun 30 years later. The technology has certainly become more widespread recently but is yet to replace traditional manufacturing, as it’s predicted every year.

There’s another reason the list of upcoming technology in procurement stays relatively static. Although the base technology remains the same, new applications for those technologies are discovered every day. Cloud computing, for example, has been greatly beneficial year on year for different reasons – originally for data storage, then for collaboration, and now for the potential savings that will flow from serverless computing.

That being said, here are three technologies that I believe will have an impact on the way procurement operates within the next 12 months. You’ll notice that although the overarching technologies are fairly standard (supplier discovery platforms, AI, and blockchain), the applications of these technologies are innovative.

In a decentralized environment, it can be difficult to convince buyers (that are not procurement professionals) to take the time required to research and engage with social enterprises.

James Leatham, CEO of Supplier Discovery platform VendorPanel, said that your average buyer will usually go down the path of least resistance. “They have a day job”, he says. “While buyers may willingly comply with procurement policies, in most cases that’s all they will do. They’ll get the required number of quotes and seek approval, but there’s so much more that could be done in terms of supplier discovery and value addition”.

This means that social suppliers have traditionally missed out because decentralized buyers tend to re-engage with suppliers they are familiar with. But supplier discovery platforms are addressing this challenge by increasing the visibility of social enterprises. A search for any product or service is now likely to have a good number of social suppliers appear in the results, which means engagement with social suppliers goes up. Leatham calls this “social procurement by accident”, as the buyer may not have set out to use a social supplier but ends up doing so if they are competitive on price and other factors.

It’s been over two years since Facebook shut down their early attempt at negotiating robots after they developed a coded language that was incomprehensible to humans. Negotiating AI is made possible with big data sets from past negotiations, along with clear parameters and objectives. Today, the future of negotiating AI falls into two categories:

AI negotiating with humans: Start-ups such as Bid Ops are offering AI-powered solutions that automate procurement negotiations using adaptive target pricing. As with many vendor management platform, a key benefit is taking the back-and-forth of negotiations out of emails, speeding up the negotiating cycles and increasing visibility. The challenge, however, lies in convincing suppliers to use the platform in the first place.
AI negotiating with AI: Big data will lead to complex scenario modelling that goes well beyond the ability of human negotiators. It’s possible that one day we’ll see buyers and suppliers setting chatbots against each other to negotiate in rapid, complex and incomprehensible code.

Will procurement professionals one day walk into a supplier meeting and find themselves negotiating with a robot? While AI can certainly conduct a negotiation by following parameters, objectives and scenario modelling, humans still have the edge when it comes to flexibility and being able to “read” the other party. But this is about to change, with companies including Affectiva, Cyc, SenSay Analytics and Beyond Verbal working on robots that can read human emotion through facial expressions.

Digital identity is a digitally authenticated representation of verified credentials and proofs. For supply managers, a key part of risk mitigation is having the confidence that your suppliers:

Instead of relying on scanned certificates (which could be forged) or simply relying on the supplier’s word, digital authentication will be a blockchain-based system where suppliers will provide digital “tokens” that prove their claims when they place a bid. Being blockchain based, this information will be secure and nearly impossible to alter or destroy as it will be held in multiple copies of the database. Digital verified credentials will be a time-saver for both supply managers and suppliers.

Digital identity schemes all over the world are laying the groundwork for digitally verified credentials in supply chain management. Players include Microsoft, IBM, The World Bank, Accenture and Mastercard, with World Wide Web Consortium w3.org providing the framework that will be required for consistency.

Photo by Ilya Pavlov on Unsplash