When Is It Right to Write? 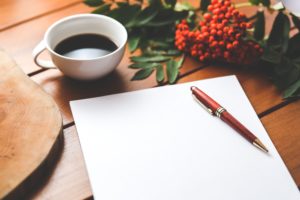 What does it mean to write ? It used to be easy. You took a pen and put words on paper. You were writing. Then along came the typewriter and things changed. A little. You put words on paper by pushing keys. The pen was gone but the paper remained. And whether you used the pen or pushed the keys, the person who held the paper was the one  the only one  who could read your message. Destroy the paper and your message disappeared.Then along came computers. And electronic communication. And things changed again. A  lot.

Writing now means emails, postings and tweets. You still push keys to make the words  but the paper is gone. And therein lies the problem. Electronic communication is different. It can live forever. No longer is the life of your message linked to the life of the paper on which it’s written. And with the simple pressing of the forward key, or the posting on a social media website, your message can be read by people you never intended to see it. So not only can it live forever but it can go everywhere and be seen by anyone. It’s pretty clear that many people don’t think about that when writing in electronic format.

It’s as if they think that emailing, posting or tweeting isn’t even writing  that somehow it’s private, like writing the message on a piece of paper that, after being read, is destroyed by the recipient. But it isn’t. It isn’t like that at all. We’ve all read the stories of how an email, posting or tweet has come back to bite the writer. Embarrassment, loss of friendship, loss of jobs, loss of job opportunities, loss of lawsuits  all have been results of writings that got into unintended hands. Writings that never needed to be written. And never should have been.

So, in this world of electronic communication, how do we know when it’s OK  when it’s right to write. Here’s a dozen guidelines for when it’s not:

That last guideline is admittedly somewhat general but the point of it and really, all of these guidelines  is to think about what you’re about to write before you decide whether to write it. Emails and other electronic communications are key items of evidence in today’s lawsuits and government investigations  generally to the dismay and detriment of the writer and the writer’s employer. If there’s any chance that someday you’d wish you hadn’t written it  don’t write it!

The solution? Give thought to what you’re about to communicate and then communicate the old-fashioned way. Use the telephone. You still need to be careful about the content of your message but at least you won’t be carving it in electronic stone. Those people (and, in many cases, their employers) who had all the problems stemming from their e?mails,posts or tweets would not have had those problems if they had just used the phone. Don’t think it will happen to you? …It happens all the time.